Wedding China is often defined as dishes and dinnerware that a couple receives as wedding gifts.  Perhaps the couple has registered a specific china pattern at a department store, jewelry store, or big box store.  Sometimes the “wedding china” is purchased years after the actual wedding event, but is always referred to as their wedding china.  Usually it’s not for use every day, but reserved for special occasions or fancy events.

The International Museum of Dinnerware Design is presenting Wedding China as a virtual exhibition based on wedding china that has been donated to the IMoDD permanent collection, and wedding china submitted by the museum’s friends and supporters.  We asked people to submit photographs of their wedding china, along with photos and stories from their weddings, and they are also part of the exhibition. 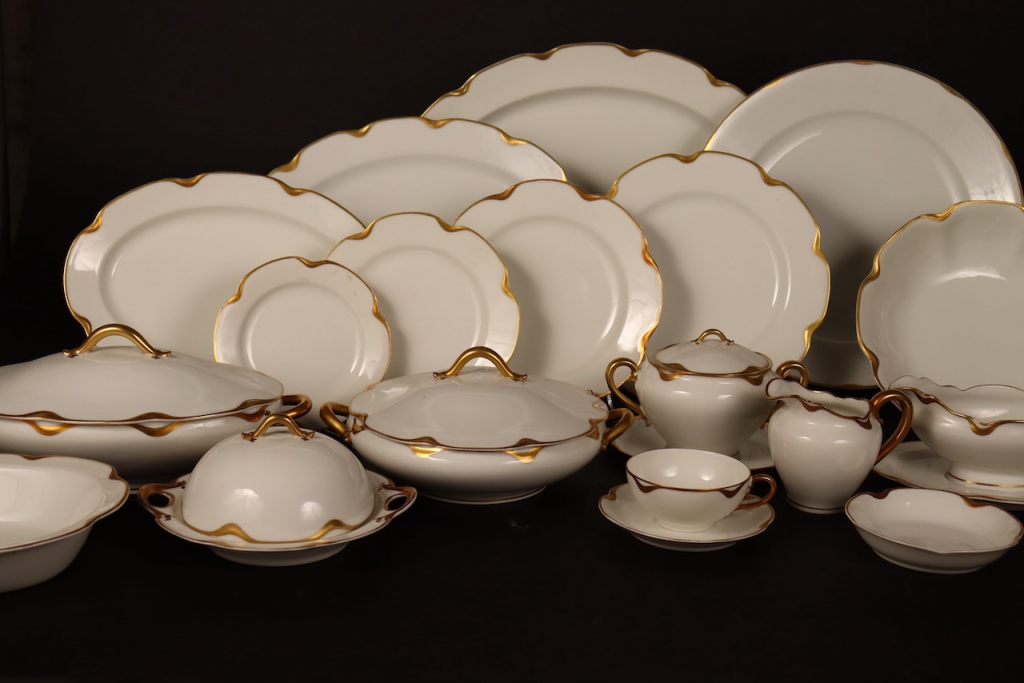 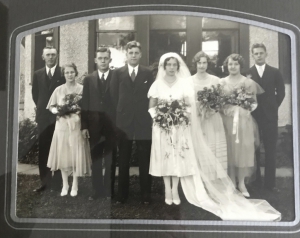 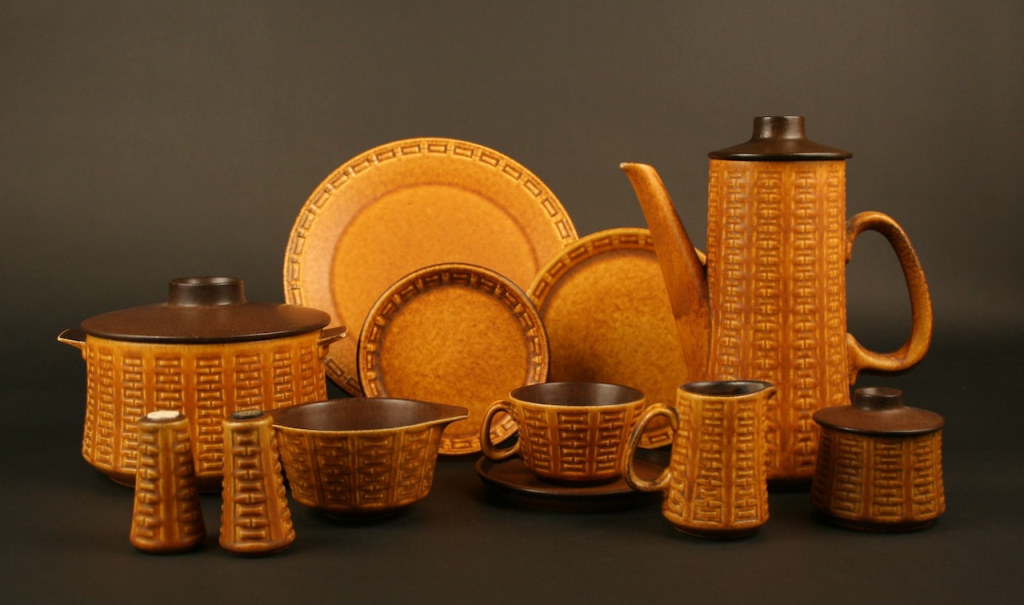 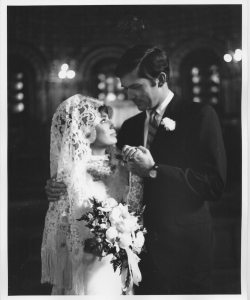 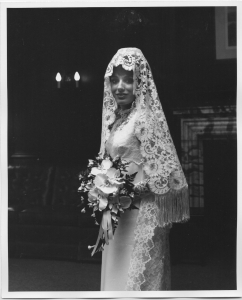 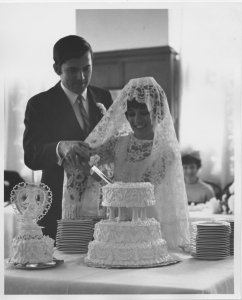 My maiden name was Sandra Addy and his is Richard Bunnell.  The wedding was October 5, 1968 at First Congregational Church in Detroit.  I made the wedding dress, and the mantilla is from Spain.  I studied in Barcelona in my last year of college.  The Ceramano set was purchased at Hudson’s in Detroit. 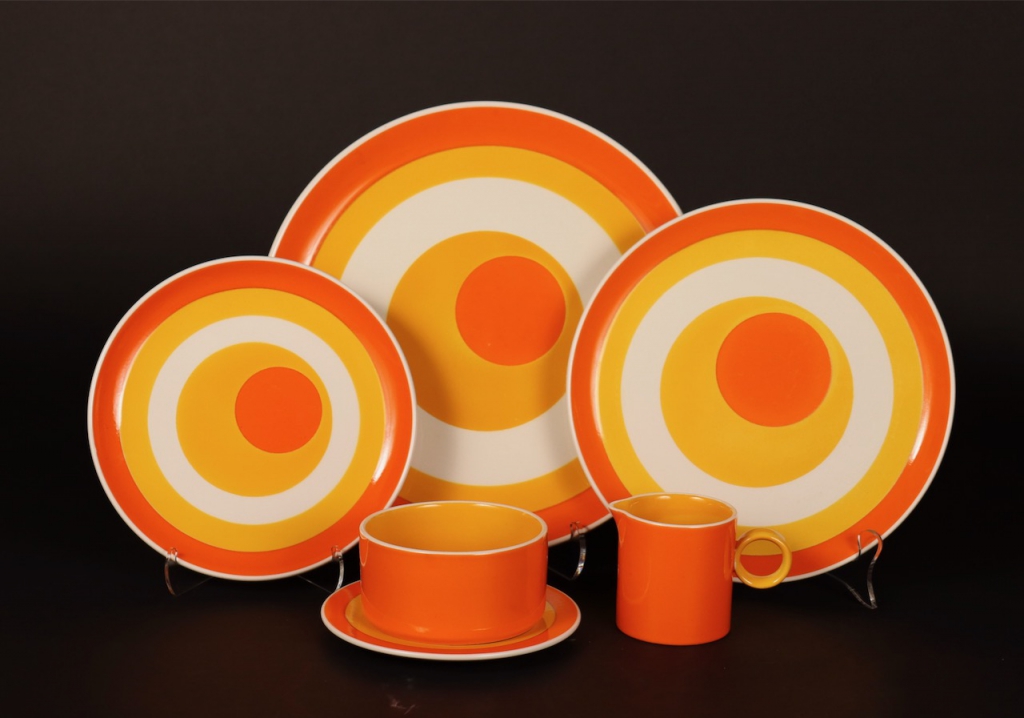 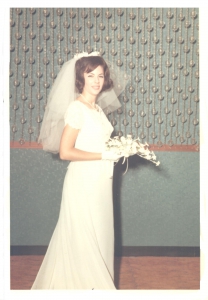 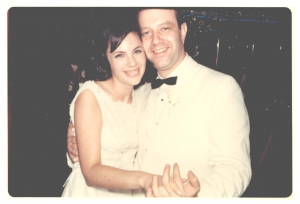 Ellen and Robert Bimston were married in August 21, 1966 in Queens, New York.  Their wedding china was purchased at Bloomingdale’s, in New York City.

“Years back, Cousin Ellen was visiting us and noticed our bright yellow-and-orange kitchen (my favorite colors).  She grabbed me in a hug and promised me all of her wedding china.  And she packed it all up and shipped it to us.  We love using it on holidays and special occasions, it makes everything look so festive!”
Fran Morris Rosman, April 2021
The groom was Fran’s mother-in-law’s first cousin 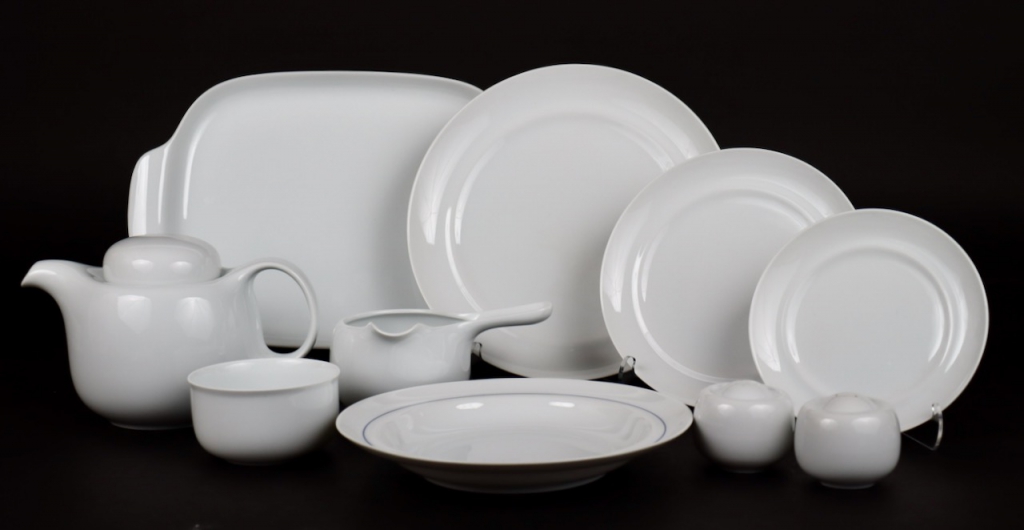 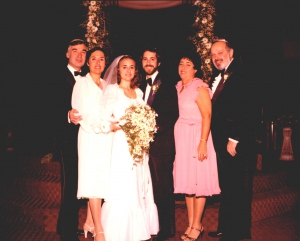 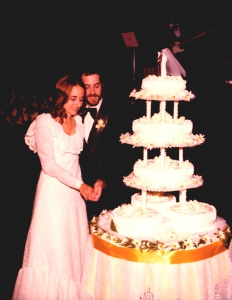 “I picked out ‘my’ china in the summer of 1980. I grabbed my cousin, Geri Morris, and we schlepped to the Century City Shopping Mall and searched for plain white modern china.  Score!  Thankfully, Rich liked it too.”
Fran Morris-Rosman, April 18, 2022 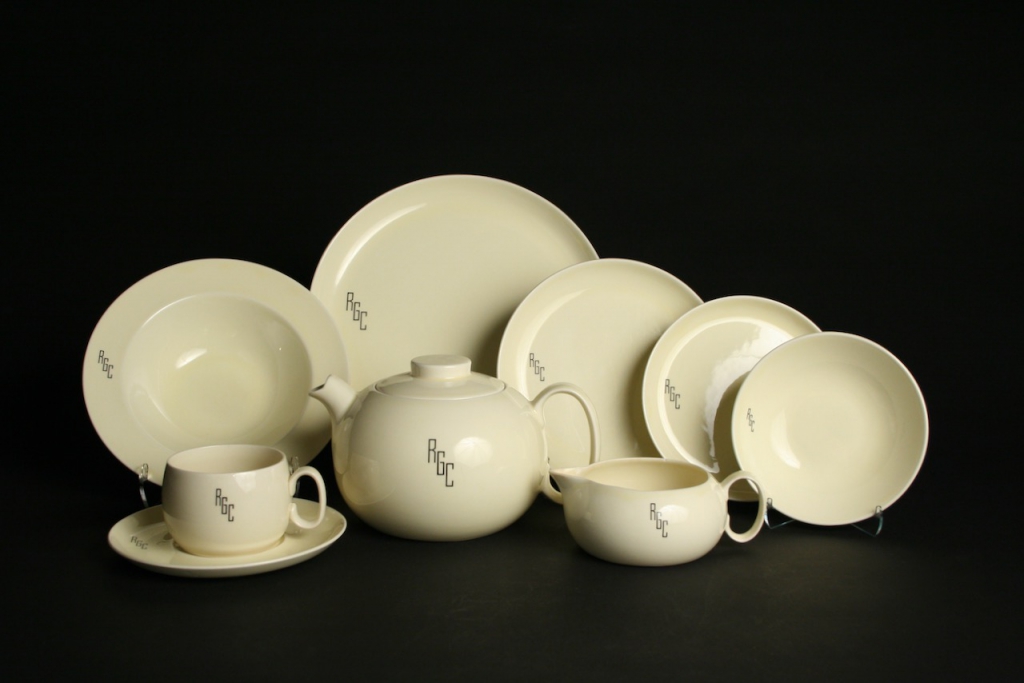 This set was the wedding china of  Dr. Robert G. Carney and Dorothy Briscoe Carney who were married at the Michigan League in Ann Arbor, Michigan, June 18, 1939.  They are the parents of IMoDD founder Margaret Carney. 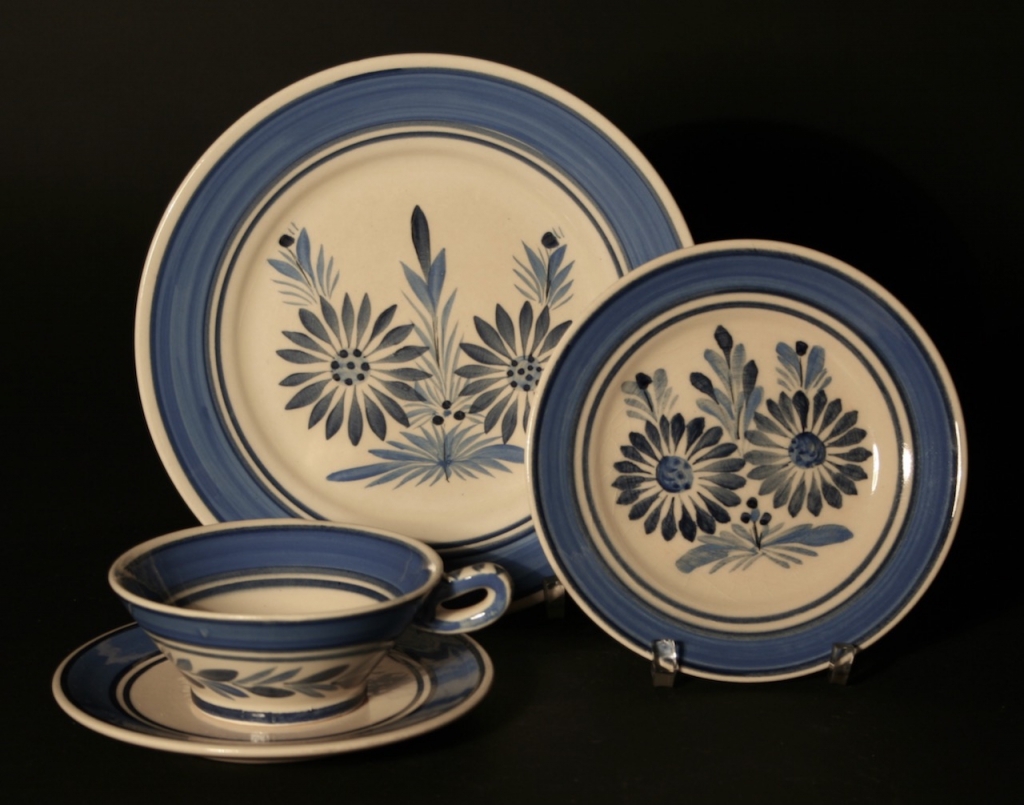 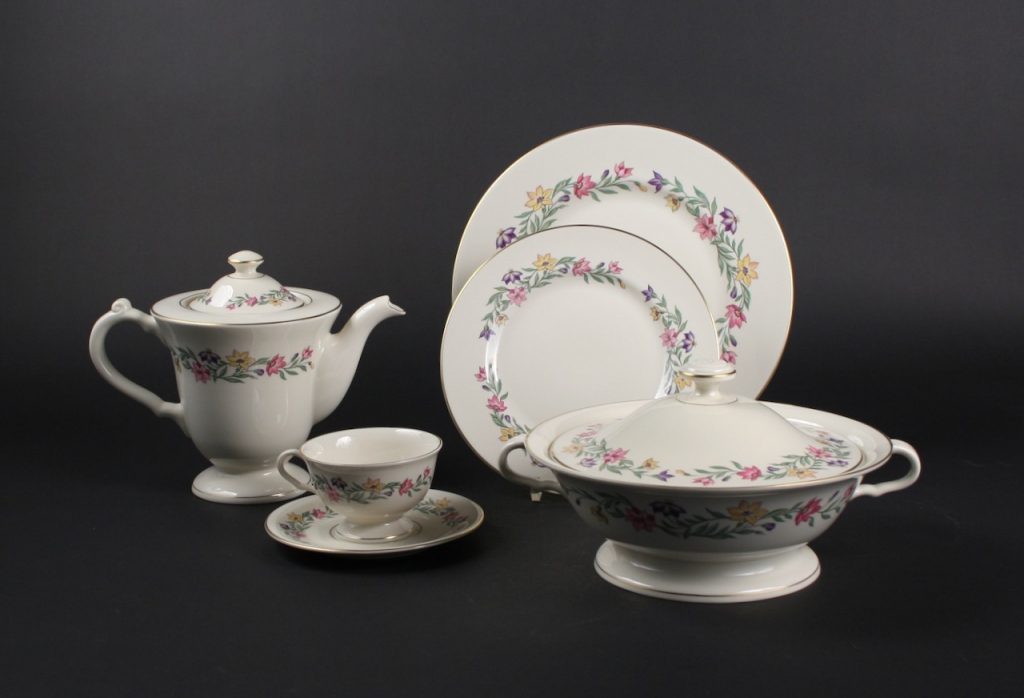 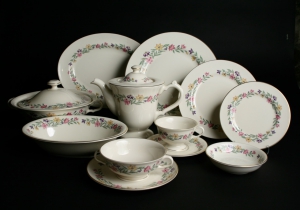 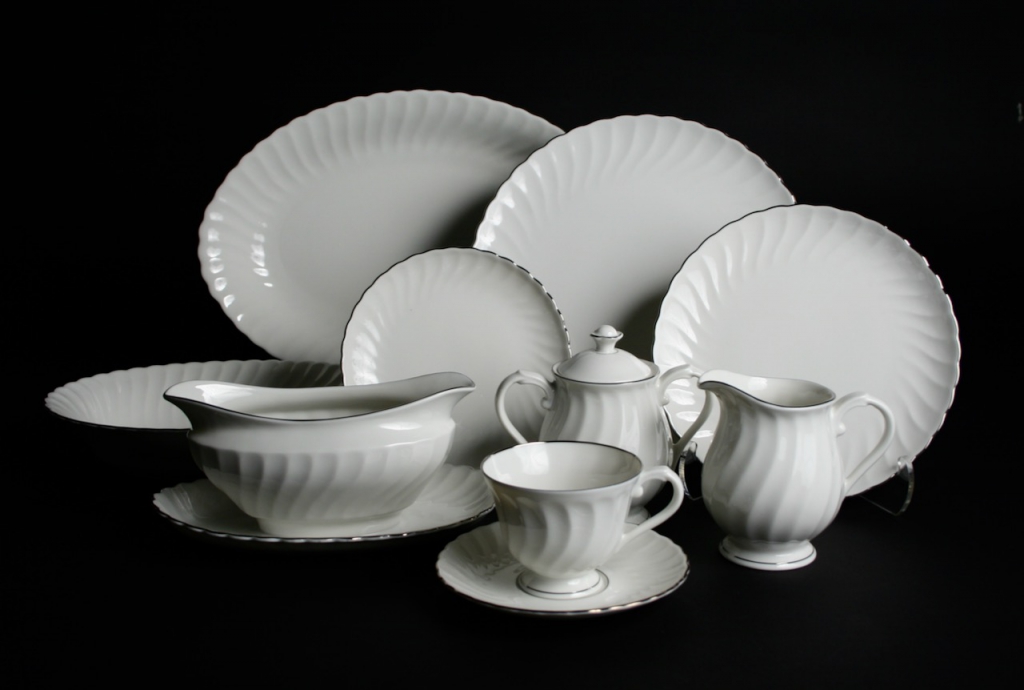 Edward and Audrey Highum married in 1959 and this was their wedding china, purchased a couple of years later. 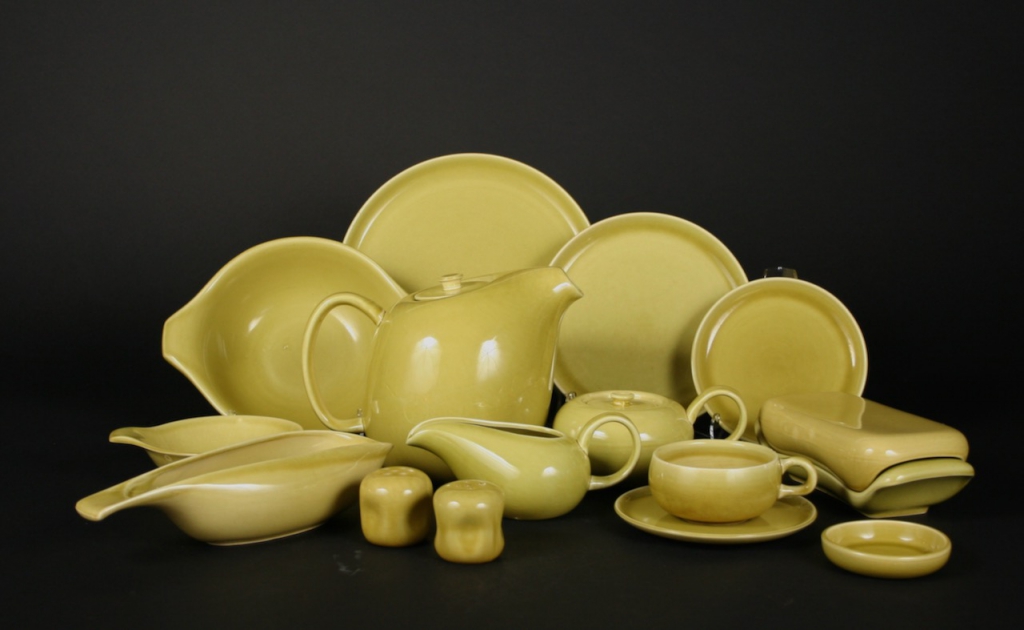 This Russel Wright-designed chartreuse dinnerware was the wedding china from the wedding of Doris and James McEwan in 1950. 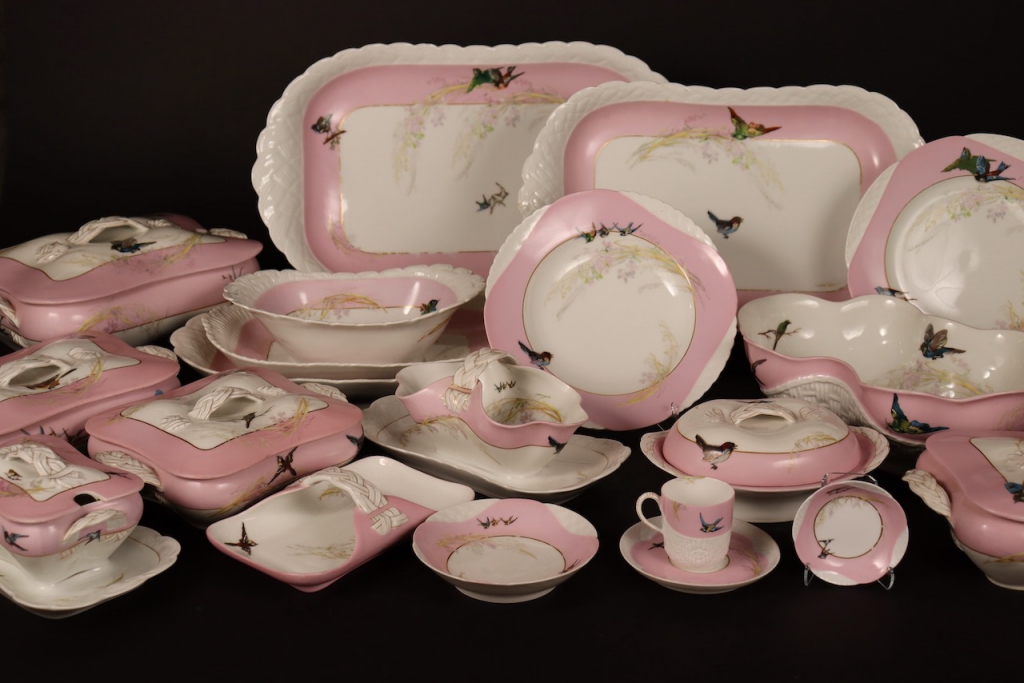 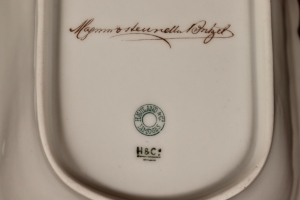 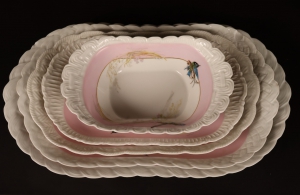